Dating is Tragic and Entertaining

Dating is so hard and terrible but also funny and amazing, no matter where you come from or where you live.

Being a white girl in Asia, competition for eligible bachelors is pretty fierce. Mainly because the selection of men is so limited, because I don’t mesh well with local guys.

I’ve chalked it up to cultural differences. We’re just not each other’s level unless they’ve been educated or grown up in a western country. I have had Asian boyfriends, though. 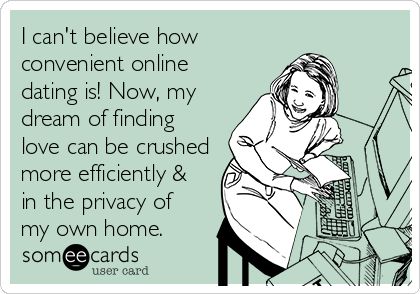 The guys who are available here are spoiled. Let’s use the 1-10 cliché and crass hotness scale for simplicity. So a guy who is a four in western countries ends up pulling sixes, sevens, and even eights, in Asia.

This happens because they generally have a lot more women to choose from, as most men who move to Asia are also into Asian chicks. And who can blame them? Some of my friends are real stunners.

I have a knack for choosing the absolute worst people in the world to date. It’s actually impressive. I’ve had some stupendously unsuccessful dating experience in my 29 years.

I found that dating within my friend circle is an utter nightmare. After the break-up, people have to choose sides. You’ve got to walk on eggshells, avoid social gatherings etc, etc.

I decided I was going to find a way to meet new people I wouldn’t have normally encountered.

And so began my adventures with online dating.

Tinder is by far my favorite, and the one I’ve had the most hilarious experiences and also some very mild success.

It’s a hookup app which provides you with validation that people think you’re hot.

I like to say “go on dates” because I don’t really hook up with any of my Tinder dates.

Why not? That’s where the hilarious part comes in.

People aren’t what they appear to be on the internet.

Have you guys tried online dating?! What do you think?! I would love to hear about some of your own experiences! Leave me a comment with your stories, links and/or feedback!

One thought on “Dating is Tragic and Entertaining”